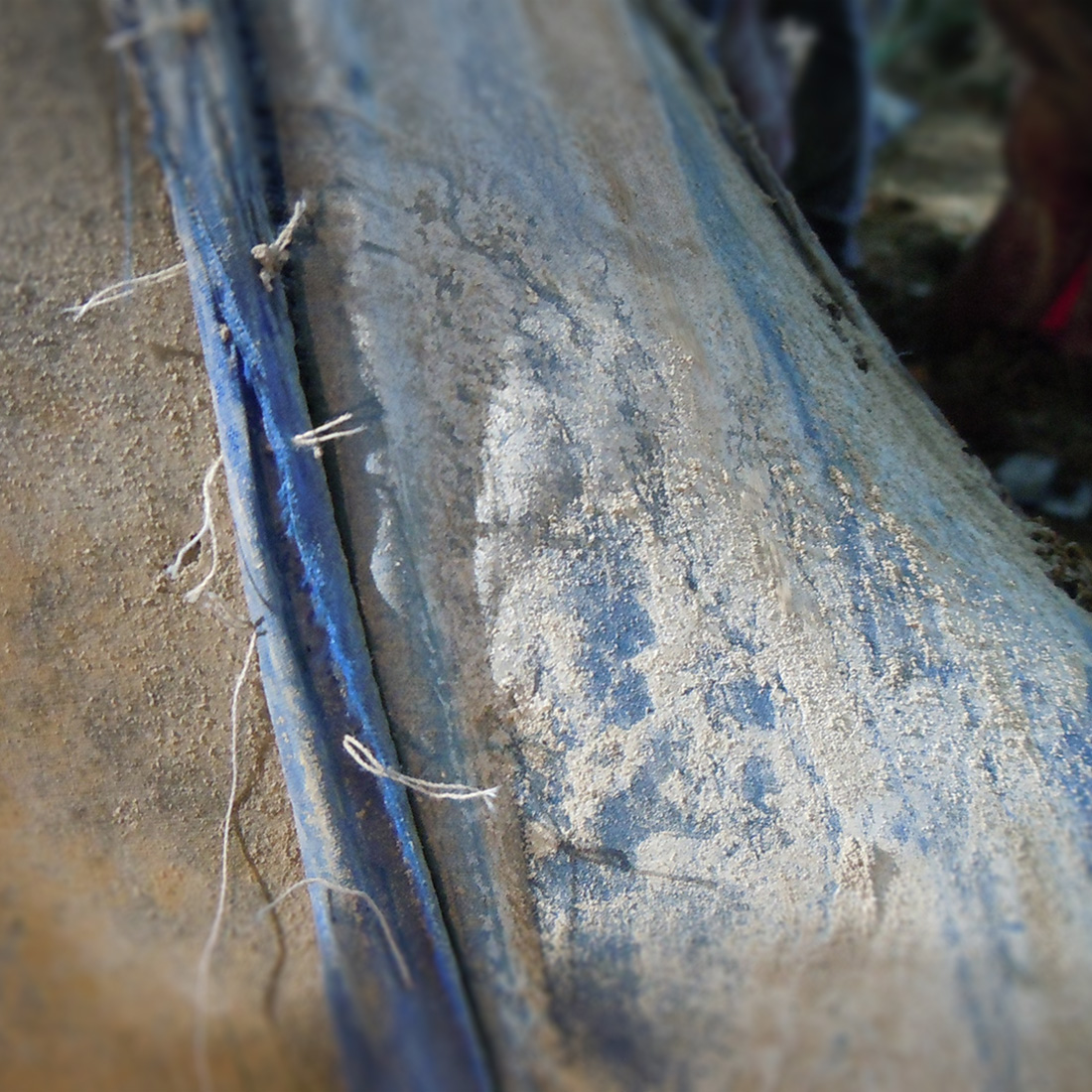 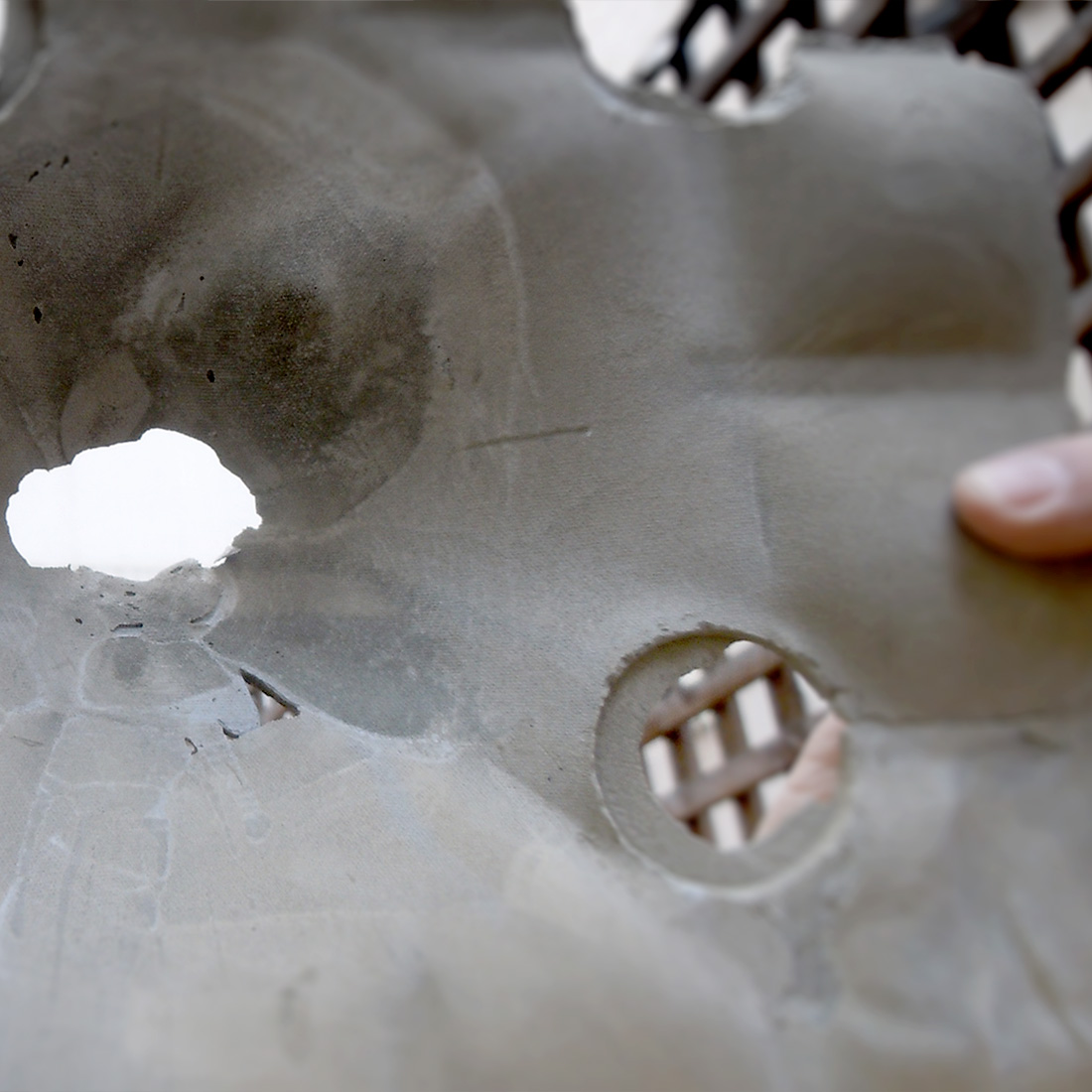 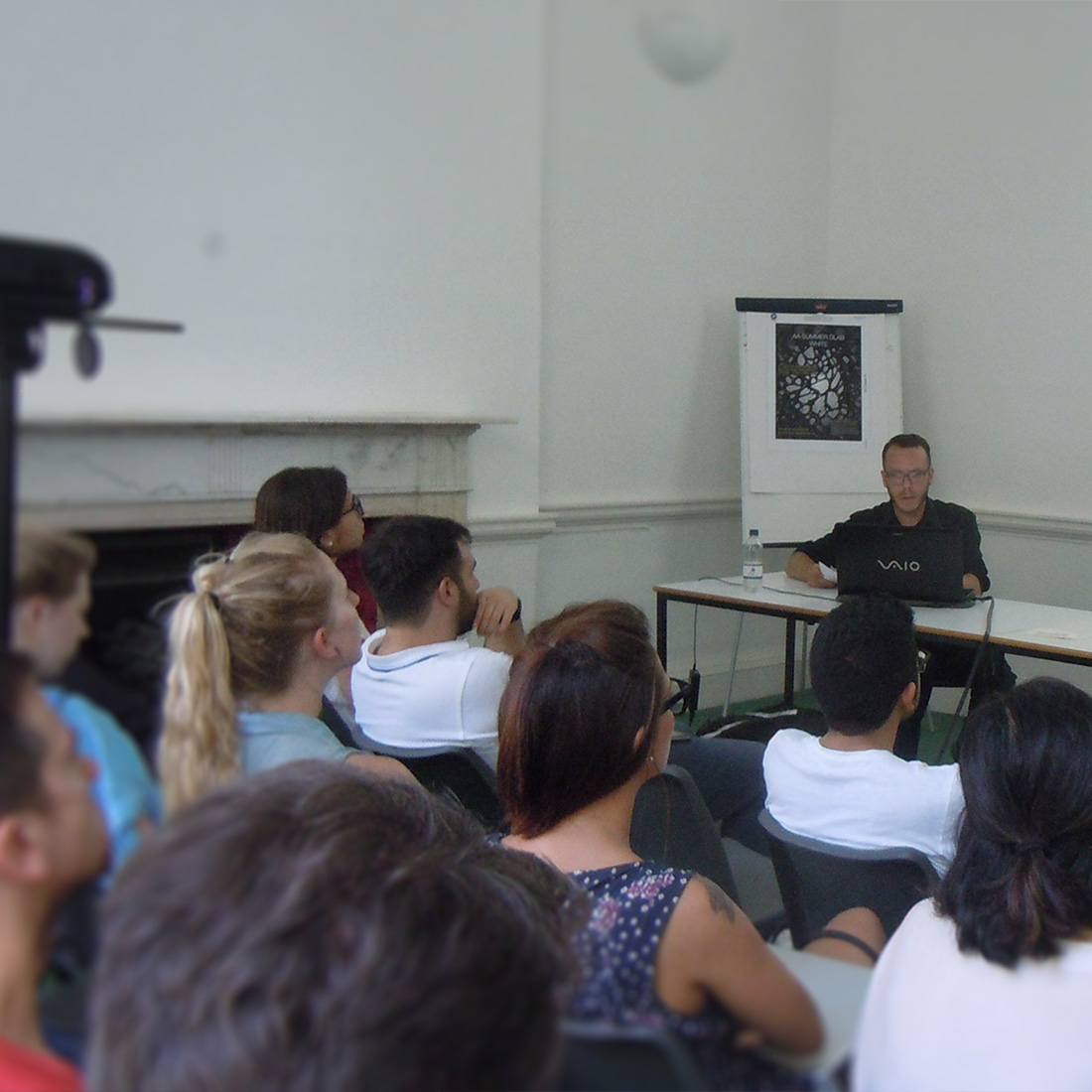 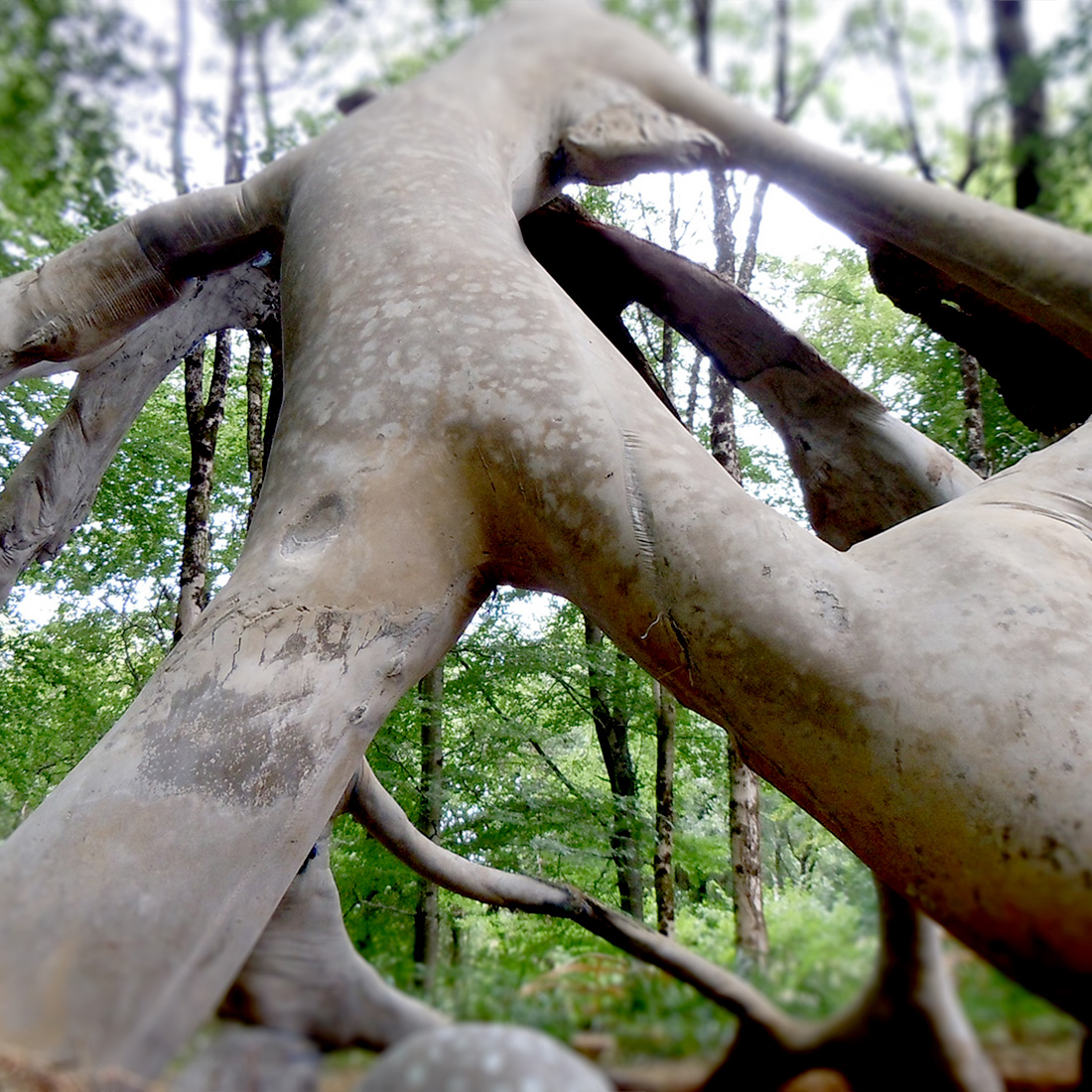 Callipod is the final working prototype of the Architectural Association (AA) Summer DLAB, which took place in AA London and AA Hooke Park during 21 July – 08 August 2014. Callipod is the outcome of an investigation which has explored earth scaffolding, fabric formwork, and concrete materiality. The means of exposing the structural behaviour of concrete across its fluid nature have formulated the starting point of the research agenda. Throughout the design explorations, the integration of structural and material properties of concrete with various architectural parameters which are essential in generating diverse spatial qualities have remained a major focus. Being 2.1 meters tall and 4.4 meters wide, the pavilion has been realized within a period of one week.

The algorithmic setup for design explorations reflects the characteristics of self-organization which are observed across a range of scales in biological systems. Initially, real-time generative form-finding methods based on branching and bundling systems in nature have been developed and simulated in the open-source programming environment Processing. A key influence in working with branching systems has been the motivation to contextualize the design outcome in the natural environment of Hooke Park forest. The digital simulations present a progression from the analogue-optimized path experiments of Frei Otto, due to additional design constraints relating to gravity, UV mapping, and the ability to follow free form three-dimensional shapes. The outcomes of this stage have then been evaluated via FEA analysis, in Scan&Solve for Rhino and Karamba for Grasshopper respectively. Various iterations in order to meet optimum structural results have been generated before finalizing the overall design. The final geometry has been marked on fabric via CNC router and then stitched together, thereby creating the fabric formwork for concrete casting. The scaffolding for the pavilion has been assembled from earth, which forms a second point of integration with the environment of Hooke Park. After the process of concrete casting within the fabric formwork, the earth scaffolding has been removed and reunited with the surroundings.

One of the main objectives of AA Summer DLAB 2014 is teaching the progressive interrelationship of different computational software that can enhance the architectural design. This workflow among software allows for geometrical assemblies that lead to their construction via digital fabricating machines. In 2014, this was achieved through the experimentation of various proposals during the 1st phase of the programme. Each one of the proposals included an algorithmic process showing a logical approach in the design as well as a process of fabricating each concept at a certain scale. These initial trials, that were conceived based on the theoretical framework of emergence, differentiation, and complexity, contributed greatly in the realization of CALLIPOD’s structure during the second phase.

Conceived as a landmark piece in Hooke Park’s forest, the CALLIPOD pavilion is the centrepiece of the AA Summer DLAB 2014 and displays the architectural possibilities of using concrete in a non-conventional way, directly connecting the process of fabrication with the method of designing digitally. Architecturally, the aim has been to combine a highly efficient, natural-like form with elements of traditional materiality and to create a structure that is sustainable, welcoming and culturally of its place.

The structure is made of a special concrete mix that enabled it to be cast, dried and held strongly in place, in a period of several hours without being limited by the constraints of applying conventional reinforcing systems such as rebar. For the realization of the pavilion, the entire team of participants and tutors was divided into sub-teams and given a certain task. Each sub-team had their responsibilities and the site was converted into a construction site, following health and safety regulations. From a pedagogical point of view, this part has always been an essential part of AA Summer DLAB as it allows for a better, hands-on understanding of the demands involved in a construction of a 1-to-1 scale model.

Balancing the intricate concrete branches that are visible from a distance with a more monolithic interior piece, the pavilion is characterized by two different experiential states. The concrete branches which emerge from the earth create a dome-like structure that houses a plinth-type seat. During the day time, the pavilion merges with its surroundings due to its shape as well as its surface patterns that resemble a tree. One can then enter CALLIPOD and take a seat to enjoy the serene view from within the dome. The harmonized blending of CALLIPOD in nature changes during the night, when the central concrete plinth begins to illuminate. With an almost exotic look, the special pebbles that are part of the plinth-type seat begin to glow in the dark. Each day they get charged by the sun-light and then release that energy in the form of cyan light that distinguishes the structure from the rest of the forest in the night.

Throughout, the duration of the programme, there have been numerous architectural discoveries that enabled us to move beyond the conventional methods of design and fabrication. Among the various achievements, AA Summer DLAB continues to inspire the avant-garde of young architects and architectural students.